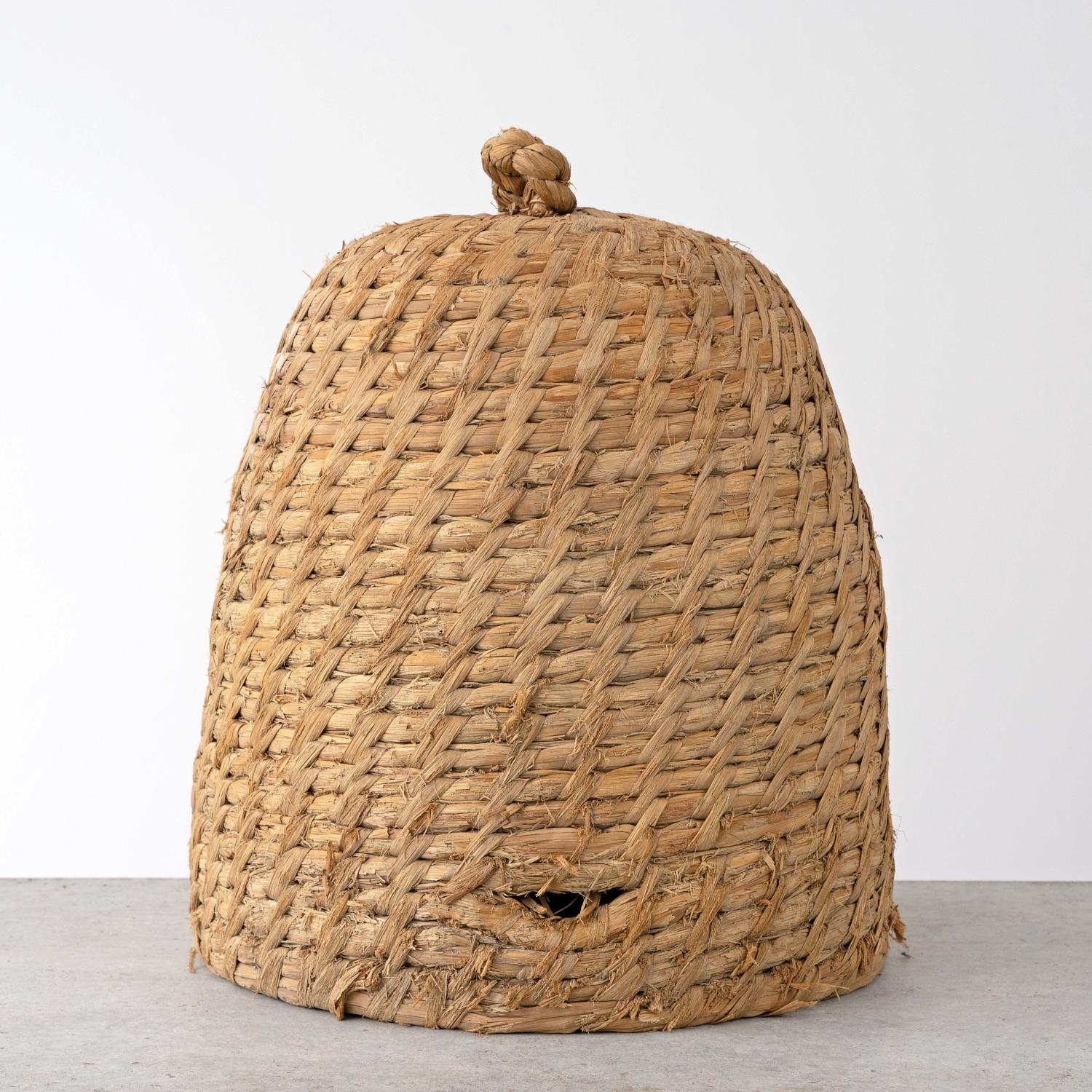 Skeps, baskets placed open-end-down, have been used to house bees for some 2000 years. Initially they were made from wicker plastered with mud and dung, but from the Middle Ages they were made of straw. In northern and western Europe, skeps were made of coils of grass or straw. In its simplest form, there is a single entrance at the bottom of the skep. Again, there is no internal structure provided for the bees and the colony must produce its own honeycomb, which is attached to the inside of the skep. 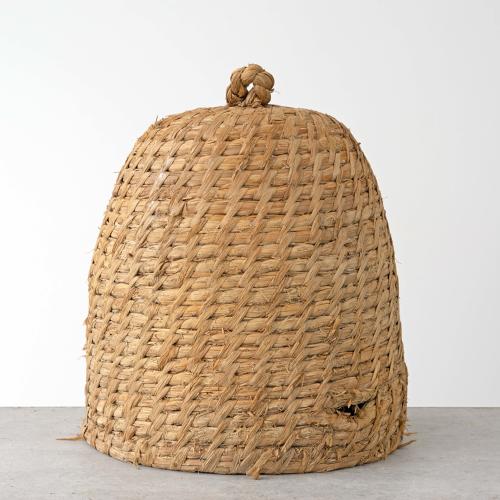 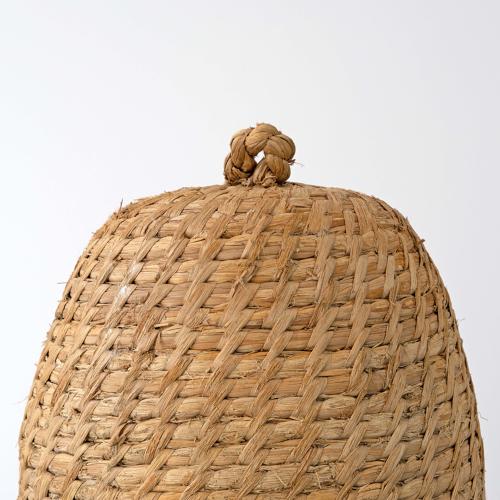